My wife hates it and you probably will once you see it. I noticed it on the wrist of a flight steward during a trans-Atlantic flight on Alitalia. You know the crappy Italian airline I must always fly to get to Rome direct to visit my parents and in-laws as well as the extended family. The flight crew is usually wearing Armani designed uniforms and they exude “sprezzatura” left and right as well as a good dose of “Don’t ask me anything because I am too beautiful and well dress to care.” Which in Italian is pretty much the same as flashing the middle finger with nonchalance – just because.

The watch Gods are looking down on me and have been planning a slow and torturous death for me from the minute I ordered this thing online. I don’t know why I like it so much. It is really far from any of the watches I own and wear, but there was a little voice calling out to me. “Buy me. Wear me. You know you want it!” And so I hit the confirm button on the order page and a few days later there it was in the mail.

It is not terribly easy to operate and you have to get used to reading the time since the seconds appear larger than all the rest, but these are minor details when I have a camo watch. I figured camo is trending right now in the menswear sphere… jackets, shirts, underwear, socks, Pitti, shaving cream, cologne… you name it they’ve made it in camo print (even @NTBro has a camo stash from Barney’s that he won’t admit to or he would have to call “Bullshit!” on himself). It’s been in for about 6 months so now it will be out again for another 6 months and then in again so most of the menswear bloggers were still in diapers when it was in the last time around so they think it is the coolest thing since double monks were “invented” by the Sartorialist and an old Italian cobbler in the F/W 2009.

Back to the monstrosity on my wrist. I love it. Like a rubbernecker on the FDR Drive, I can’t avert my eyes from it. I’m not going to get into the nitty gritty of it because technicalities will bore you and frankly this is not a Patek Philippe so what’s the point. Know that I like it, my wife hates it and you may too. Frankly, my darlings, I don’t give a damn. 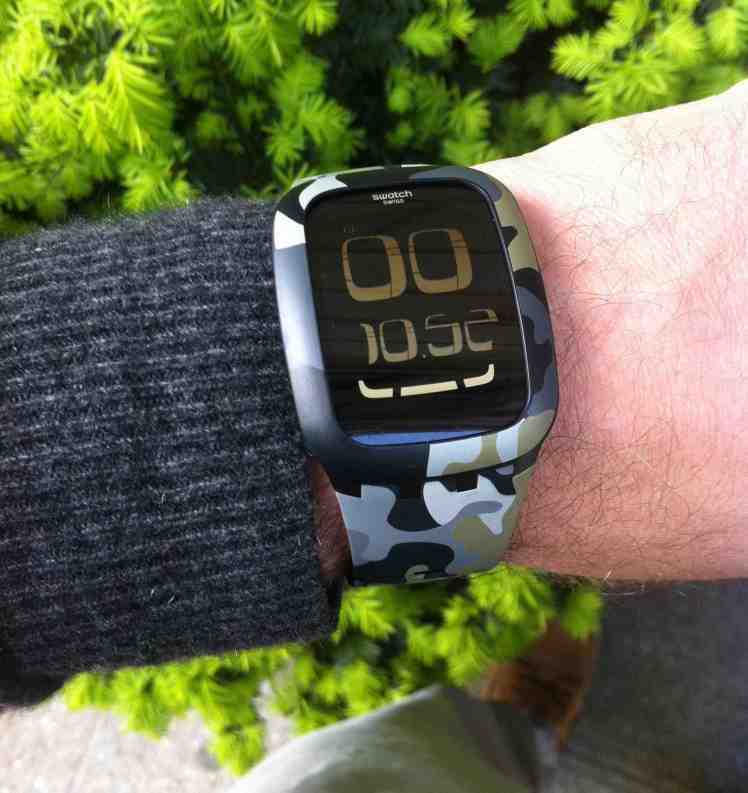 Quanto sei grande Roma quand'è er tramonto Quando l'arancia rosseggia Ancora sui sette colli E le finestre so' tanti occhi Che te sembrano di' quanto sei bella Oggi me sembra che er tempo se sia fermato qui Vedo la maestà der Colosseo Vedo la santità der cupolone E so' piu' vivo e so' più bono No nun te lasso mai Roma capoccia der mondo infame! . . . #daje #romacapoccia #tramonto #rossodisera #ermondoinfame #venditti #sunset #redatnight #lagrandebellezza #tettidiroma #rooftops #cupolone #iorestoacasa #stayhome #italy #roma #rome #eternalcity #forzaroma #forzaitalia🇮🇹
You all will get to come (back) soon and visit this beautiful city. In the meantime, buy a puzzle, try a new recipe, dust off FIFA, pick up a paintbrush or that book you’ve been meaning to read and dig in. Stay home. Stay safe.✨🇮🇹✨ . . . #forzaitalia🇮🇹 #andratuttobene #iorestoacasa #iostoacasa #stayhome #wanderlust #travel #discoverrome #roma #rome #eternalcity
There will be time to return to our frivolous and selfish lives once this passes. I am still surprised at how few people understand that there is no other option than staying home to get rid of this thing. People still talk about wandering around town and eating out and going to the gym. Do you really need the government to tell you what your own common sense should? Stay home and stay safe. New rant - link in bio. . . . #wheninrome #notesfromtheedge #stayhome #coronavirus #covid-19 #iorestoacasa #iostoacasa #andratuttobene #thingswillbeok #letsgo #rome #italy #forzaitalia🇮🇹
After a very long absence from writing for myself I have put some words down in a long forgotten blog (link in bio). I thought it was time to dust off the cover and put my humble thoughts in writing. So much is being said these days about Italy and I wanted to reassure those who are observing from the outside that we will get through this and will soon return to be the envy of the world. For those of us here let’s please calm down and follow the few simple guidelines that we all know by heart. Italy, despite the slander, has been here longer than most and will persevere as it always has and as it always will.✨🇮🇹✨ . . . #italiansdoitbetter #italian #inventors #designers #creators #cooks #friends #welcoming #travel #exploreitaly #discoveritaly #wanderlust #rome #italy #wewillbeback